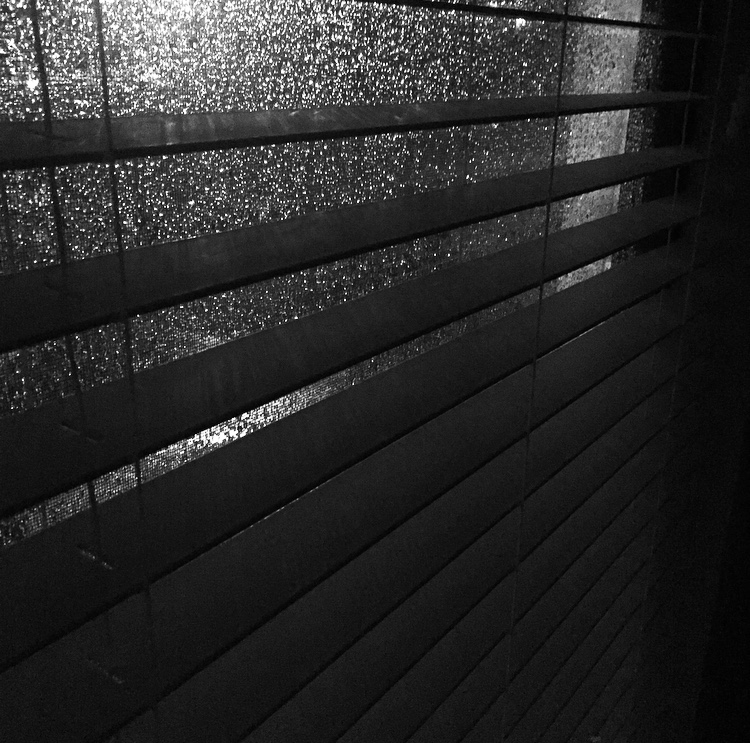 What’s the hardest thing you’ve ever had to do? The answer to that question obviously changes as we go through this thing called life and deal with the various upsets, trials and tribulations it brings.  As we mature and grow, things become easier or harder for us to do.  But, if I had to answer the question right now, my answer would have to be: break someone’s heart.

When it comes to relationships, I’ve always been the type to put my best foot forward – give it the real boy scout try – so that if I get to a point where I feel like I’ve given it everything I’ve got but it still isn’t working out, I’m able to break ties and move on with clear eyes.

My sister hates watching movies with me because I always figure out the ending half way through, ruining it for her. And something similar happens for me in relationships – I can see very early on if it’s something that’s worth the time or not. And if I’m being truly honest with myself, I knew before this relationship began that it wasn’t going to work.  So why did I even indulge? Why did I even put the both of us in a situation I thought was likely to fail? Because I was hoping that I was wrong.

There was a glimmer of a chance that things would turn out differently than what the tealeaves had suggested, and I wanted so badly to believe it. Here was someone who was fun and interesting and dragged me out of the house at a time when I needed it most. Here was someone who valued family and relationships in the same way I do. And here was someone who truly believed I could do anything I put my mind to, and loved me with everything he had. So I thought, “maybe.” Maybe I just need to give our seed the opportunity; place it in the ground and see if it would grow.

But the elements just never seemed to work in our favor for some reason. It felt like the sun would come out for a few minutes, only for a set of clouds to breeze in and camp out. The rains came just frequently enough to keep the dirt from getting hard – no more and no less than the minimum water needed to keep us alive. And it seemed like the bees loved all the flowers except ours. Still, two years later, I faithfully go to the window every morning to check on our flowerpot – hoping to find new growth but, instead, seeing a little less life than the day before.

So when I woke up this morning in tears, something inside me knew that no matter how hard we try, the result (for me) would be the same. I then asked myself what any person in my position would wonder: do I sacrifice something that is fine for the potential that there may (or may not) be something that is great? What if I end up never finding what I think is out there; wishing I had left well enough alone? Is “good enough” worth it?

The answer:  “Anything less than mad, passionate, extraordinary love is a waste of time. There are too many mediocre things in life. Love should not be one of them.” (Dream for an Insomniac)

In full disclosure, generally the couples I grew up around and were most influential in my life were the latter.  And while I know that each of those couples love each other, they have set the example for what I don’t want my future marriage to be like. Each created a comfortable, safe life for themselves, and it works for them. But that’s not what I want for myself. I want to automatically smile when I see my husband walk in a room. I want to go on dates until we’re old and gray. I want him to still hold the small of my back when we’re 50. I want passion! And while I know that no relationship is perfect and you’ll have to fight for it every single day, I have to follow my gut when it tells me that this one just isn’t it. I’m content, but I’m not truly happy.

And, more than that, it’s unfair to string someone along in a relationship I no longer believe in. Because while he may be convinced that this is what he wants or needs, that cannot overpower my own feelings. It’s definitely going to be difficult and knowing him he won’t go down without a fight, but I pray that one day he sees that while I have to do this to be true to myself, I also have to do it to be true to him. And that I refuse to selfishly keep him from the woman out there – whoever she may be – that he truly deserves.

This is one of those hard conversations that I think is so important for us twenty- and thirty-somethings to have. I’ve said it before; social media has a way of making you think everyone’s life is great but yours. Yet, that’s rarely the truth.

Because we often only post and share the greatest moments of our lives, we convey to the world a false euphoria, a mirage of the Promised Land. But the point of Her Lenox Stoop is to face the tough questions head on. To challenge societal norms and start a dialogue about the real issues we go through every day. I lay my vulnerabilities on the table not only to get them off my own chest, but so that others just might feel comfortable enough to do the same.

My truths set me free, especially the hard ones. And they say the biggest regrets in life are often the risks we didn’t take.  So today I face my hardest decision, with both sadness in my heart as well as a hopefulness for the future.