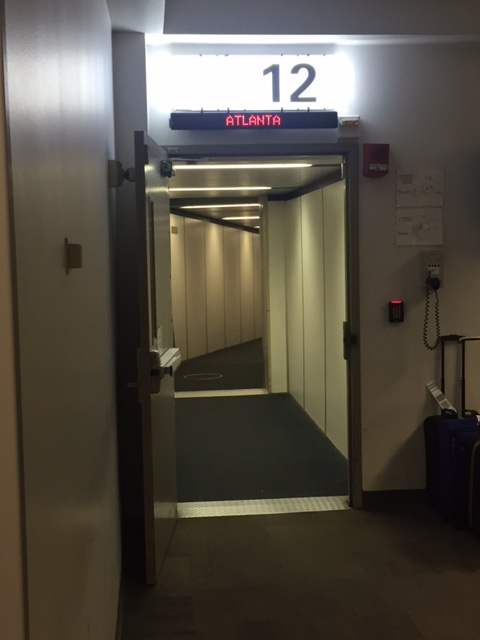 This past Sunday, I was proud of myself for getting up and out bright and early to try a new church. As many of you know I moved to Atlanta a few months ago, but what you probably don’t know is that I have yet to find a space that is as fulfilling as my home church, First Corinthian Baptist Church in Harlem, NYC. So, with a new recommendation in-hand, I was excited to try out this potential church – even if it was a 45 minute drive. As I told my friend the night before (in my best southern accent): “I’ll travel for a good Word, now.” However, to make a long story short, I did not have the name of the church completely right, and I ended up being what seemed like the only American-born African-American in the room. Part of the service was even in another language! I was very uncomfortable and wanted to run out immediately after I realized the situation. But it was too late – the way the rows were set up, I’d have to make the entire row of 30 or so people get up to let me out. So I took a deep breath, and thought to myself: you’re here now, might as well give it a chance. And I kid you not, the very next song that the choir sang was one of my favorites (I’m Chasing After You) so I was up out of my seat dancing and praising just like I would back at FCBC.

Then, when the guest preacher came up, one of the first things out of his mouth was “I believe each and every one of you is here for a reason.” And when I tell you that hit my soul like a baseball bat, chile! I was no longer focused on finding the exit, and instead was focused on hearing the Word – and I was not disappointed. I failed to write down the scripture, but the message was basically if you’ve given it to God, then let God have it. There’s no point in stressing about it, dwelling in it, or talking it to death. God said, “Be still and know that I am God” (Psalm 46:10). And that Word was on [pause for dramatic effect] time! I had been stressing like crazy the past few days because I knew that the coming Friday would be the day that I found out whether or not I passed the Georgia bar exam. Normally I don’t stress about things like that because I try to go into them well prepared, but that was not the case this time. While studying for the test, I had been working full time while also trying to explore and enjoy life in a new city, balance the demands of being in a long-distance relationship and fit in opportunities for much-desired time with my nieces and nephews. So when I sat for the test and the very first question stumped me, I knew it would be a long road to the finish line. I kept my head up and finished as best I could, but “as best I could” was different than “my best” – so I’ve been quietly panicking inside ever since. I prayed before and after the test, but was beating myself up because to some extent the blame was on me for not making studying the priority it needed to be – and if I didn’t pass I knew I wouldn’t be able to blame anyone but myself. Still, I prayed. And prayed. And prayed some more. Because I was still stressing about it.

Then the last nail was placed in the coffin…The preacher said that what confused him the most was that we are so willing to put our trust in other people yet not willing to have any trust in God. He said “think about it, every time you step foot on an airplane you are literally and physically putting your life in the hands of another person – and it’s normally a person you don’t know and haven’t even seen.” With that, I was on my feet. Anyone who knows me knows that whenever I take a flight, I’m sleep before the flight attendants even give the safety instructions and I don’t wake up until I feel the wheels hit the ground. So how is it that I am so willing to load onto a man-made machine, walk past a closed-door cockpit without questioning who is behind the controls, settle into my seat and fall asleep (i.e., the ultimate sign of trust and relaxation) without questioning for a second that I will get safely to my destination, yet stress about what God has in store for my life? The same God who promised never to harm me but to see me prosper.

My head was spinning! I was wracking my brain trying to figure out how to find the peace that God desired of me. Then, like clockwork, the preacher reminded us that God is always with us. He told us that often times when we feel like God has abandoned us, God isn’t the one who pulled away – it was us. And that made perfect sense given my personal situation. Ever since I moved to Atlanta, I haven’t been going to church, I haven’t been going to bible study, I haven’t been praying and communicating with God like I used to. I am the one who pulled away. And then I wonder why I don’t feel his protection? I haven’t been holding up my end of the bargain! To find the peace I was looking for (and that God wants for me), I needed a way to rebuild my relationship with God. I needed to commune with God again. I needed to ask God to guide my feet and learn to trust again in where the Spirit leads me. I needed to board God’s flight.

During the church announcements it was mentioned that the church was planning to fast during the coming week and to meet periodically for communal prayer. So I decided I would also fast that week, and try to figure out a way to replace food with spiritual nourishment. I hoped to rejuvenate my relationship with God, find the peace my spirit desired and perhaps learn a little bit about the path God wants me to be on. So on my 45-minute drive back into the city, I called my health-conscious, vegan sister and we figured out a game plan for my 5-day fast. I was nervous but excited at the same time!

She wasn’t quite convinced that I could do it, though. She knows that I have no self-control when it comes to food – I want what I want when I want it. She said, “plus you literally get hangry. Imagine if you can’t eat for 5 days. You have coworkers and a new puppy to think about! They are going to meet a side of you they may not want to meet.” And she wasn’t wrong. This was absolutely going to be one of the hardest things I’ve had to do, but I reminded her that fasting is about sacrifice. If I want God to move in my life, I have to be willing to sacrifice something to get there. So she wished me luck and I pulled into Target for supplies… excited to board my flight with God.